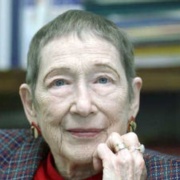 The Joanne Simpson Tropical Meteorology Research Award is granted to researchers who make outstanding contributions to advancing the understanding of the physics and dynamics of the tropical atmosphere. Nominations are considered by the STAC Committee on Tropical Meteorology and Tropical Cyclones, which makes a recommendation for final approval by AMS Council.

Joanne Simpson was the first woman to earn a PhD in meteorology in 1949 from the University of Chicago.  She was also a member of the National Academy of Engineering and contributed to research in many areas of the atmospheric sciences, particularly in the field of tropical meteorology. Simpson has researched hot towers, hurricanes, the trade winds, air-sea interactions, and as chief scientist for meteorology at NASA’s Goddard Space Flight Center, she helped develop the Tropical Rainfall Measuring Mission.

In 1958, she collaborated with Herbert Riehl, her former professor and described the way the atmosphere moved heat and moisture away from the tropics to higher latitudes, describing “undiluted chimney clouds”, which later became known as “hot towers”.  Simpson also developed mathematical cloud models, at first using a slide rule, and then with early computers.

In 1966, she became the director of Project Stormfury, while chief of the Experimental Meteorology Branch of the Environmental Science Services Administration's Institute for Atmospheric Sciences.  She eventually became NASA's lead weather researcher and authored or co-authored over 190 articles.