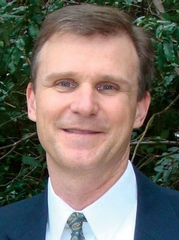 I am honored to be a candidate for the AMS Council. Of the many challenges facing AMS, I emphasize the opportunity to strengthen connections between AMS and the general public, and the challenge of broadening our view of atmospheric science and increasing synergy between the various subdisciplines within our field.

If you were to approach a typical well-educated nonmeteorologist, ask them to read an abstract from a technical journal of AMS, and then ask them to explain the contribution of the paper, I expect that the result would often be “I have no idea.” There is a pressing need for scientific appreciation and critical thinking in society, and AMS can help to fill this need, in part through effective communication of the meaning and value of our work to the general public (encompassing more than journal publications). I’ve seen effective videos in which authors offer jargon-free explanations of what they did, why they did it, and why it matters. Other opportunities include supplemental, searchable plain English abstracts, use of photo-realistic scientific visualizations, and lay-audience videos of distinguished lectures (similar to TED Talks in style). While AMS has made important strides in outreach, if elected, I would push to further these efforts in creative, tangible ways. The benefit of increased geoscience appreciation by society is especially clear in our current politically polarized climate.

My department includes the basic disciplines of oceanography, geology, and atmospheric science, with representation of several additional disciplinary areas. I’ve experienced firsthand the challenge of creating productive synergy across disciplines. Similarly, there are opportunities to strengthen connections within AMS, and to expand the reach of the Society via a broader, more inclusive mind-set. One way to facilitate such engagement is meetings specifically highlighting crossdisciplinary connections, both within and beyond traditional atmospheric sciences.

Lackmann’s traditional area of research and teaching is synoptic–dynamic meteorology, though he and his collaborators have studied the dynamics, impacts, and prediction of tropical cyclones, organized convection, winter storms, and topographically forced flows. He has extended his work toward the weather–climate intersection, specifically the relation of weather extremes such as tropical and extratropical cyclones and heavy rainfall to climate change. The operational nature of his research has led to longstanding collaborations with the NWS. He was honored with a 2003 NOAA Collaborative Research Award, and in 2015 he was a member of the team that received the T. Theodore Fujita Research Achievement Award of the National Weather Association.

His professional service appointments include Subject Matter Editor for BAMS and Editor for Monthly Weather Review; he received an 2003 AMS Editor's Award for Monthly Weather Review. This August he began service as Chief Editor for Weather and Forecasting. Lackmann was a member of Unidata governing committees and chaired Unidata User’s Committee, and he also served on the Science Advisory Board of the UCAR Developmental Testbed Center. Since 2009, Lackmann has been a member of a UCAR-appointed NCEP review team (UCACN), a committee that he has cochaired since 2015. He also serves on the related UCACN Model Advisory Committee (UMAC).