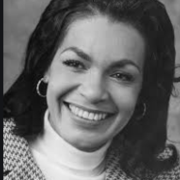 (prior to 2021, The Award for Broadcast Meteorology)

The June Bacon-Bercey Award for Broadcast Meteorology recognizes a broadcast meteorologist for sustained long-term contributions to the community, or for outstanding work during a specific weather event. Nominations must be made in writing by an individual or group, and if possible, should be accompanied by an example(s) of the individual's work. Single event nominations must be based on extraordinary work during a demanding weather event. Although the Award is normally intended for an individual, it may be awarded in recognition of a team effort under special circumstances.

Nominations are considered by the Professional Affairs Commission’s Board on Broadcast Meteorology, which makes a recommendation for final approval by AMS Council.

Nominations can come from an individual or group and should be accompanied by examples of the individual’s work, via link(s) or media files of an event or a composite of the individual’s career work. AMS membership is not required to submit an award nomination. The nominator is responsible for uploading the entire nomination package, which must include a citation of no more than 25 words, a letter of support, and a biography of the nominee. Nominations are due by 1 May.

June Bacon-Bercey was a pioneer as a broadcast meteorologist holding a degree in the science, and a powerful advocate for women and people of color in the atmospheric sciences.

Born in Wichita, Kansas, in 1928 as June Esther Griffin, she studied meteorology at UCLA, where she earned her bachelor’s degree in 1954 despite a counselor’s advice that she pursue home economics instead, becoming the first Black American woman to earn a BS in meteorology. Following graduation, she worked as a forecaster for the U.S. Weather Bureau, and subsequently for the Atomic Energy Commission, assessing the impacts of atomic energy upon the atmosphere.

In the 1960s, Bacon-Bercey returned to the National Weather Service as a Radar Meteorologist, while studying journalism at NYU. In 1970, she became a science reporter for WGR-TV, Buffalo, and within four months had become Chief Meteorologist for the station.

In 1972, her accomplishments were recognized with the AMS Seal of Approval for excellence in television weathercasting, the first woman and first Black American to receive the Seal. She returned to the National Oceanic and Atmospheric Administration in 1979, as Chief, Weather and Television Services. She focused on educating the public, while continuing to with pioneering efforts to expose women and other minorities to careers in meteorology / atmospheric sciences. She did all this while working as an aviation meteorologist and teaching new technologies to forecasters.

She established a scholarship for women in meteorology in 1977, and helped fund the Jackson State University meteorology program to bring more Black Americans into the field. Finding support through several professional associations, she was the first Black American member of the New York Academy of Sciences, and held leadership positions in the American Meteorological Society, American Geophysical Union, and Women in Science and Engineering. She partnered with Warren M. Washington as a co-founder and first chair of the AMS Board on Women and Minorities. In addition, she served on the board of directors of the National Consortium for Black Professional Development.