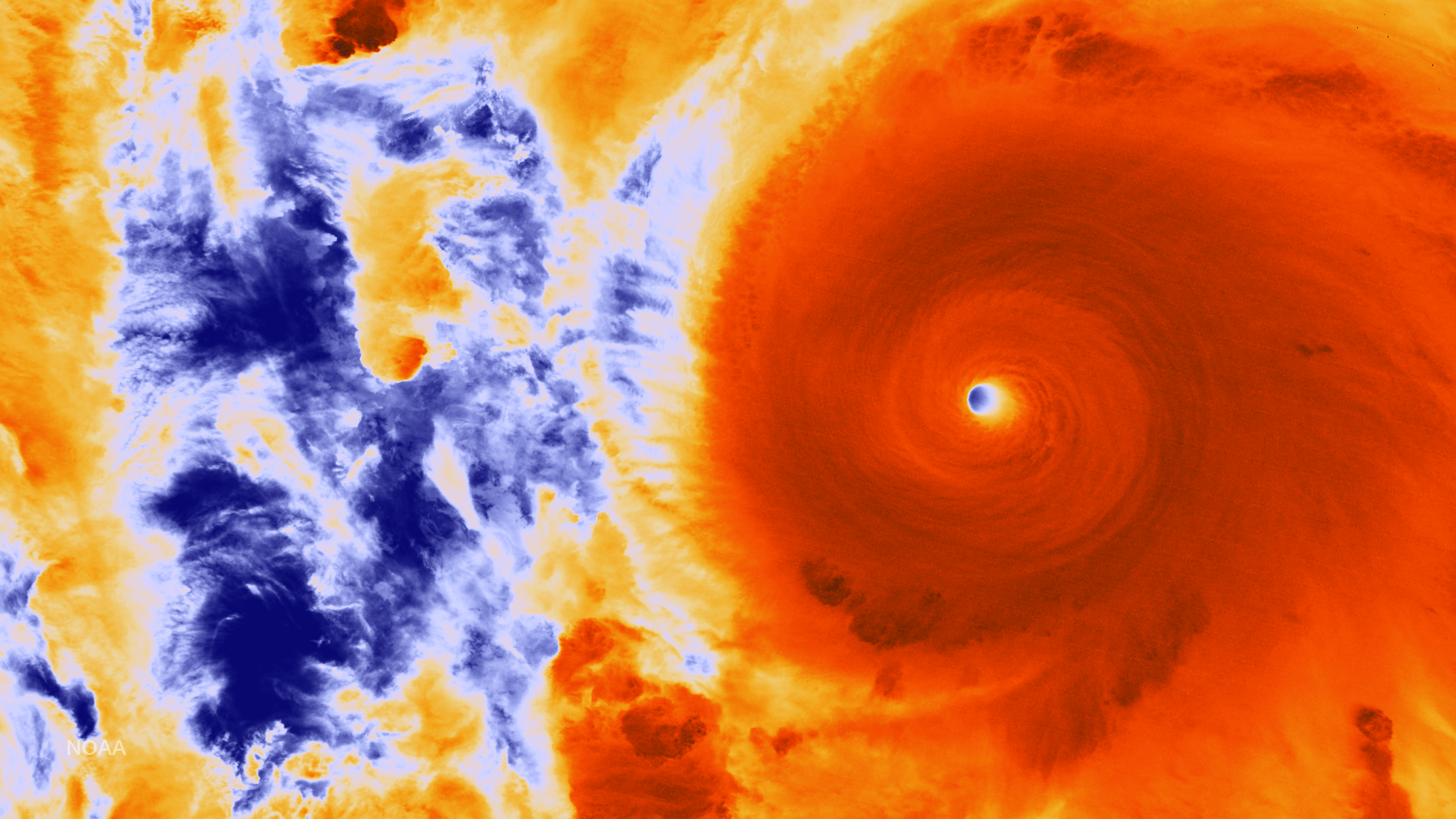 Weather Forecasting and Warnings
Forecasting has always been at the heart of meteorology, and many young people have been drawn to the profession by the challenge of forecasting a natural event and seeing that forecast affect the lives of thousands of people.  Weather forecasting involves many people in many countries because the systems that bring us our weather are hundreds of miles in extent and move across huge regions of the earth's surface as they grow and change. The weather forecast that you see on your television screen is the end product of a worldwide effort by thousands of meteorologists in the national weather services of many nations.

Several times each day, weather observers record atmospheric measurements at nearly 10,000 surface weather stations around the world and several thousand ships at sea. They release weather balloons at more than 500 stations to make upper-air measurements. Radar, aircraft and satellites also are used to collect data on what is happening in the atmosphere.

This information is transmitted to world weather centers in the United States, the UK, Russia, and Australia, where computers produce analyses of global weather. National Weather Service (NWS) meteorologists in Washington, D.C., use these data as a starting point to produce guidance forecasts for the United States with sophisticated computer models. These guidance forecasts go to local offices where NWS meteorologists apply their skill and experience to fine-tune the predictions for their regions and specific towns and cities.

An example of a private sector forecast service would be short-term, small-scale snow forecasts for city public works managers who need to know how many snowplows to put on the streets in various neighborhoods when a winter storm is on the way. Some private forecasters work for commodities traders who are concerned about the effects of weather on crop production and prices. Others forecast the weather for athletic events such as professional football games and golf tournaments. Private forecasters also keep gas and electric companies informed about impending hot spells or cold waves that will put heavy demands on generating plants and transmission systems.

Weather forecasting includes aviation meteorology. A number of larger airlines, both passenger and cargo haulers, have their own meteorology departments.  However, many aviation forecasting services are provided by the NWS and commercial weather firms. Services provided range from terminal and en route forecasts to automated, computer-generated flight plans.

An extension of forecasting is the provision of warnings for hazardous weather.  These warnings inform the public, governments, and businesses of the dangers of approaching hurricanes, severe thunderstorms, flooding, and winter storms just to mention a few. 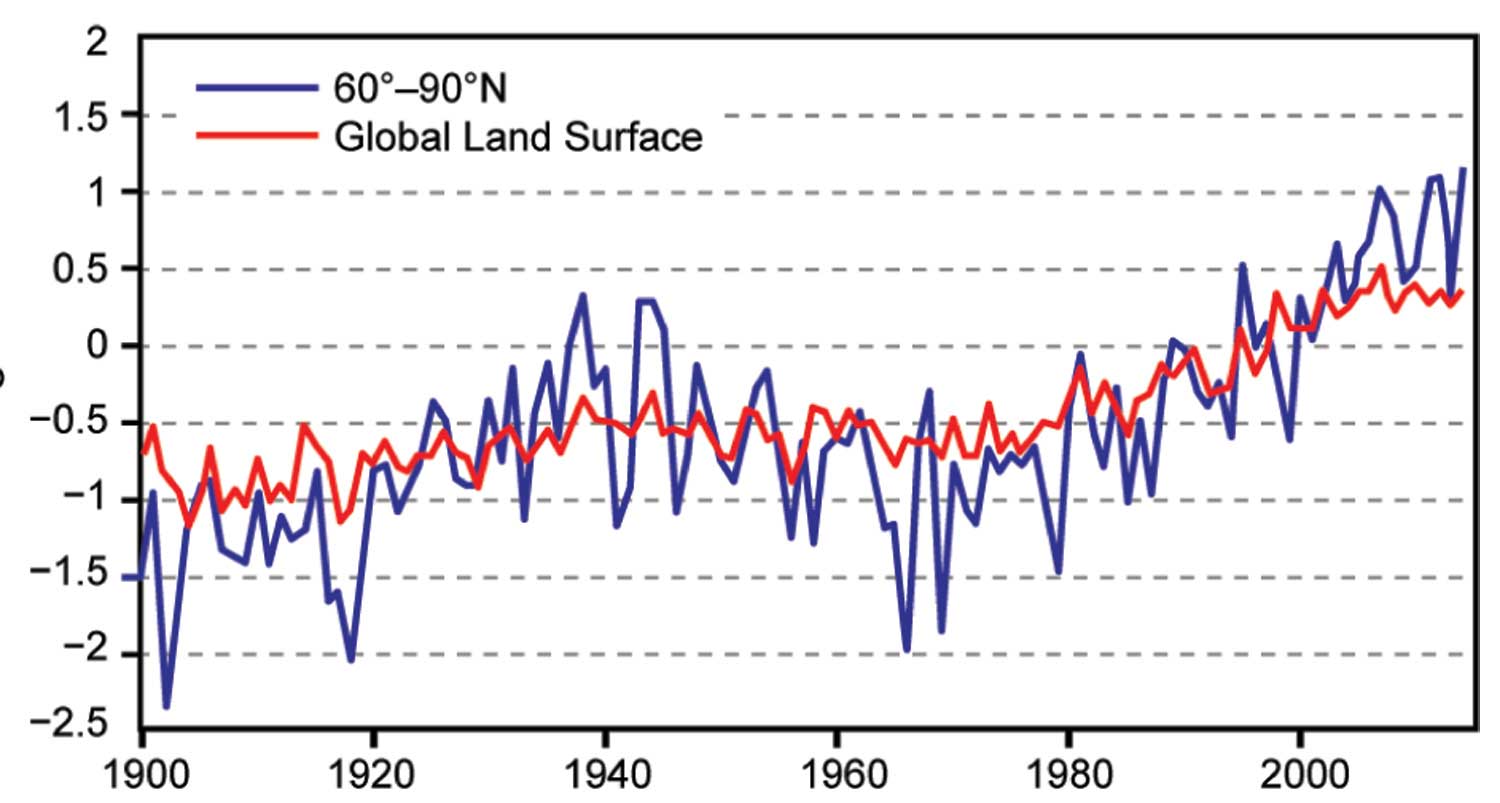 Atmospheric Research
Atmospheric research seeks to answer questions about our understanding of the atmosphere and how it works and impacts us.  For example, atmospheric scientists are working to assess the threat of global warming by collecting and analyzing past and present data on worldwide temperature trends.  Often research meteorologists work closely with scientists in basic physical disciplines such as chemistry, physics, and mathematics as well as with oceanographers, hydrologists, and researchers in other branches of environmental science. Mathematicians and computer scientists help meteorologists design computer models of atmospheric processes. Meteorologists and oceanographers work together to study many important ocean-atmosphere interactions. Research meteorologists work with biologists to try to understand how plants and animals interact with the atmosphere and with political scientists and economists to study the potential effects of global warming on our society. 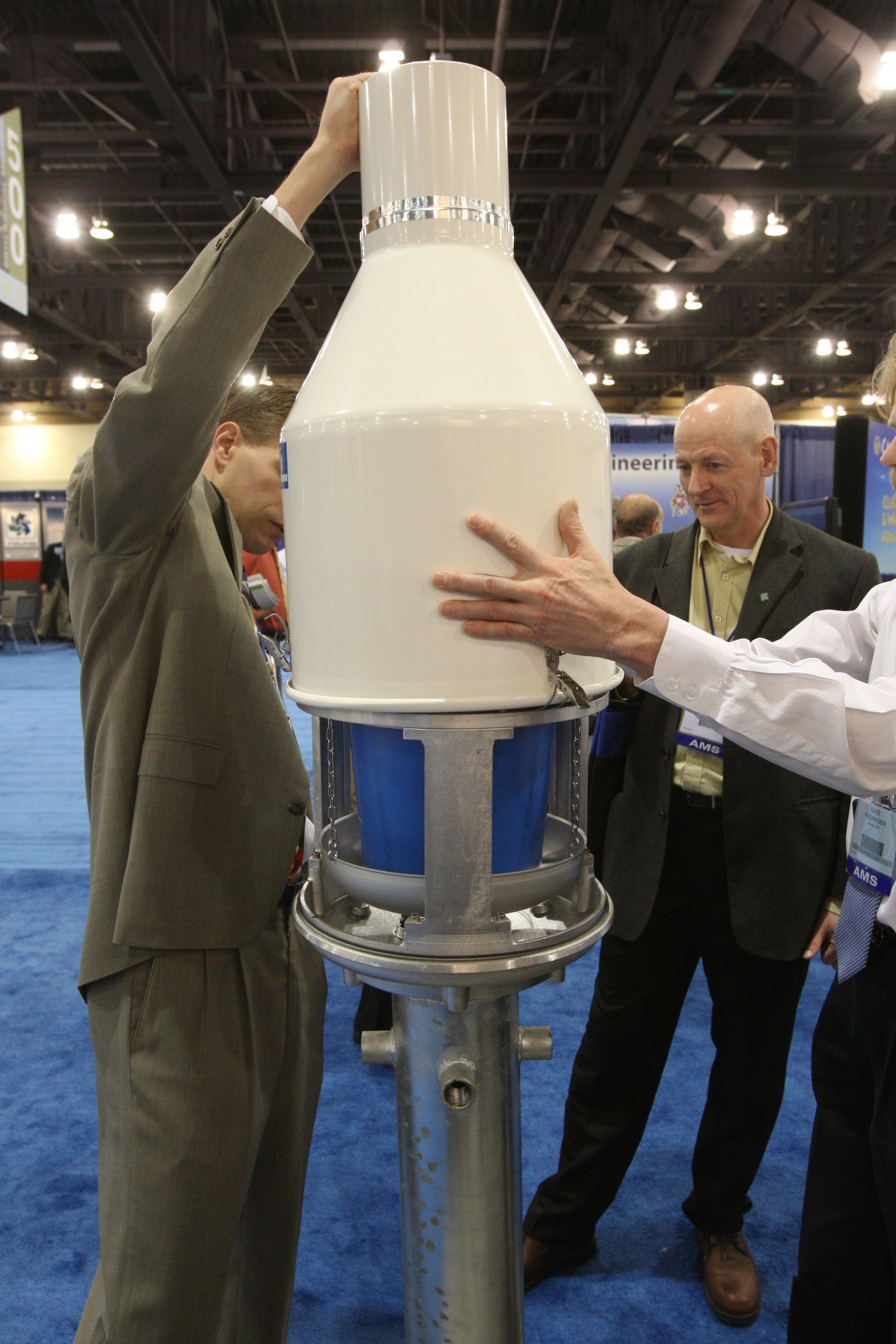 Meteorological Technology Development and Support
Companies exist which design, manufacture, and market the instrumentation with which atmospheric measurements are made. The instrumentation can range from simple rain gauges and thermometers to computerized, self-contained, automated weather observing stations. At the far leading edge of instrumentation technology are those corporations that design and build weather satellites and Doppler radars. Hand-in-hand with the development of such technologically advanced equipment is, of course, the need for user requirement analyses and the genesis of sophisticated software. 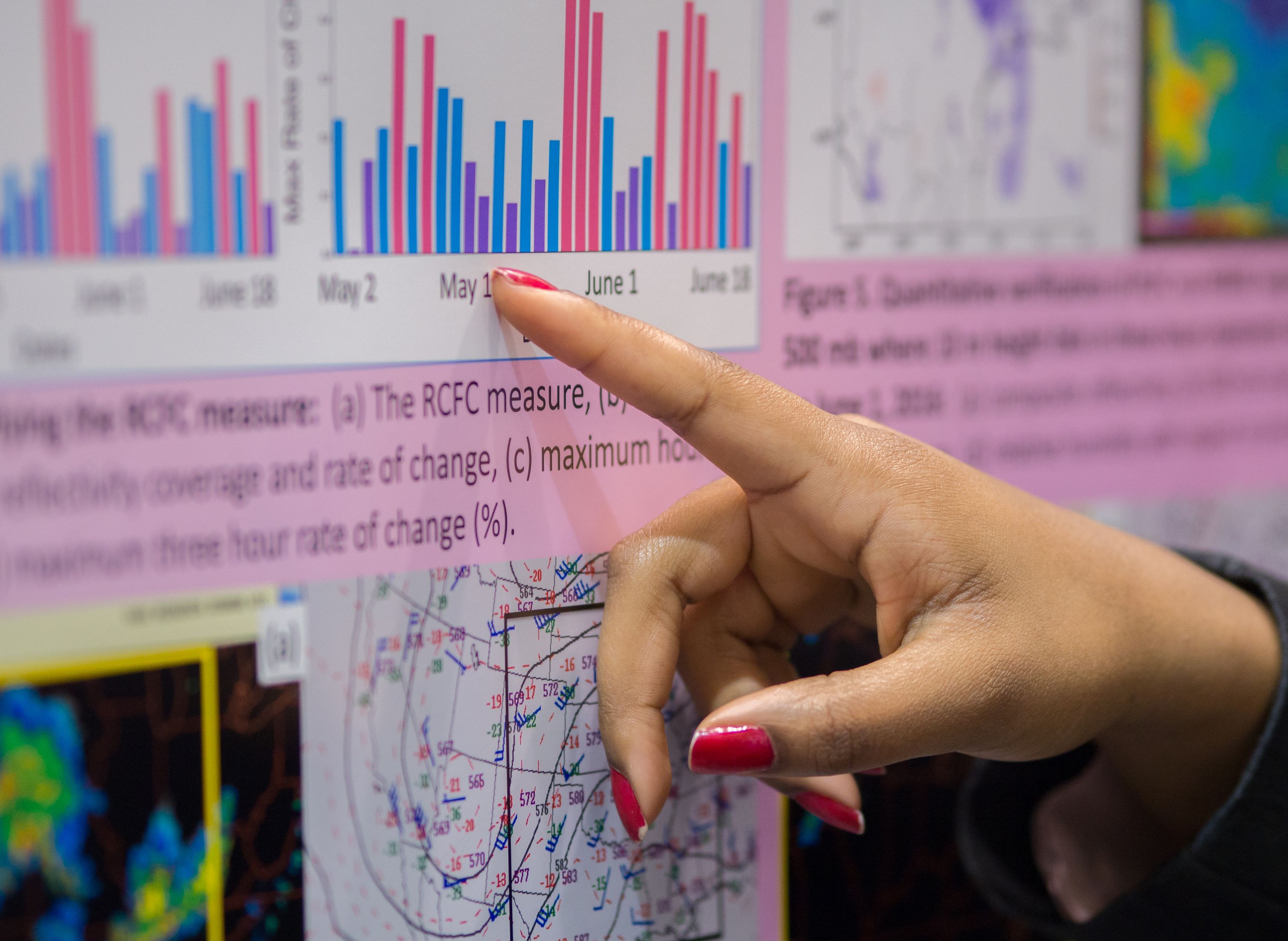 Information Services
Many non-meteorological customers of weather information need tailored products and information to meet their needs.  These customers include media outlets, weather-sensitive businesses, industrial complexes where weather can have an impact (refineries for example), transportation companies, ski resorts, etc.  “Information services” include, among other things, acquiring raw meteorological data pertinent to individual customers, creating easily understood displays of critical weather information, and preparing forecast model output in formats which laymen can effectively utilize.  They produce many of the colorful graphics that you see on television screens and newspaper pages

Meteorologists in this area help planners and contractors locate and design airports, factories and many other kinds of construction projects. They provide climatological information for heating and air conditioning engineers. 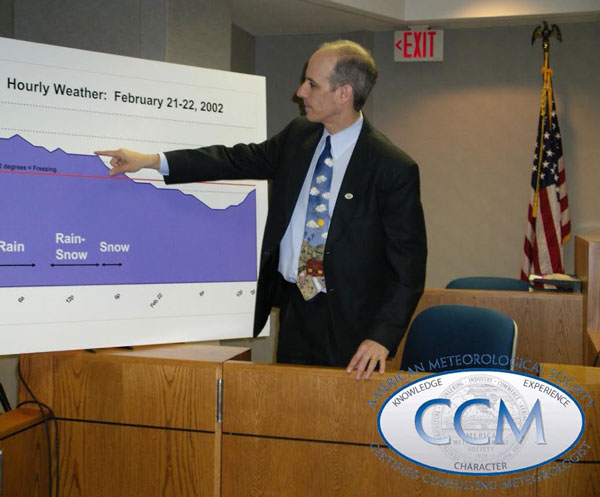 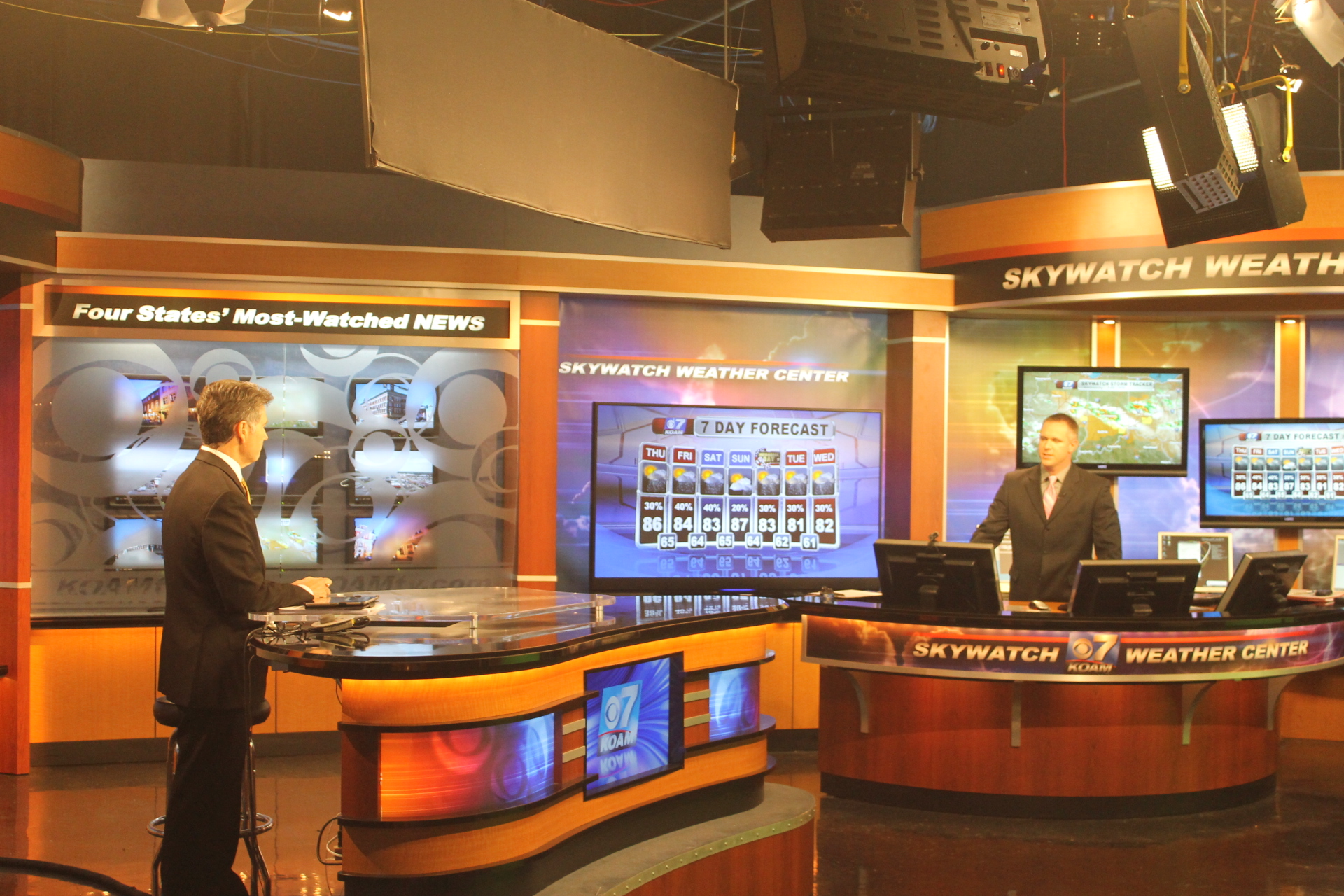 Broadcast Meteorology
Media weathercasting for television, radio, and newspapers is perhaps the highest profile of all careers in meteorology. Broadcast meteorologists produce weather forecasts and related graphics for television.  The broadcast meteorologist is responsible for gathering data, creating a forecast and then developing the graphical representation of their weather analysis for a television broadcast.  A strong theoretical background in meteorology is a necessity, forecast experience is highly useful, and computer competence is helpful.

Obviously, strong communication skills are essential, in terms of both oral and written communication. Broadcast meteorologists are often asked to act as environmental reporters, generating stories on a variety of earth topics. Other parts of the job may include forecast development for the Internet, radio stations, and newspapers. Broadcast meteorologists often represent a strong link to the community and are frequently called upon to bring weather into many local classrooms. 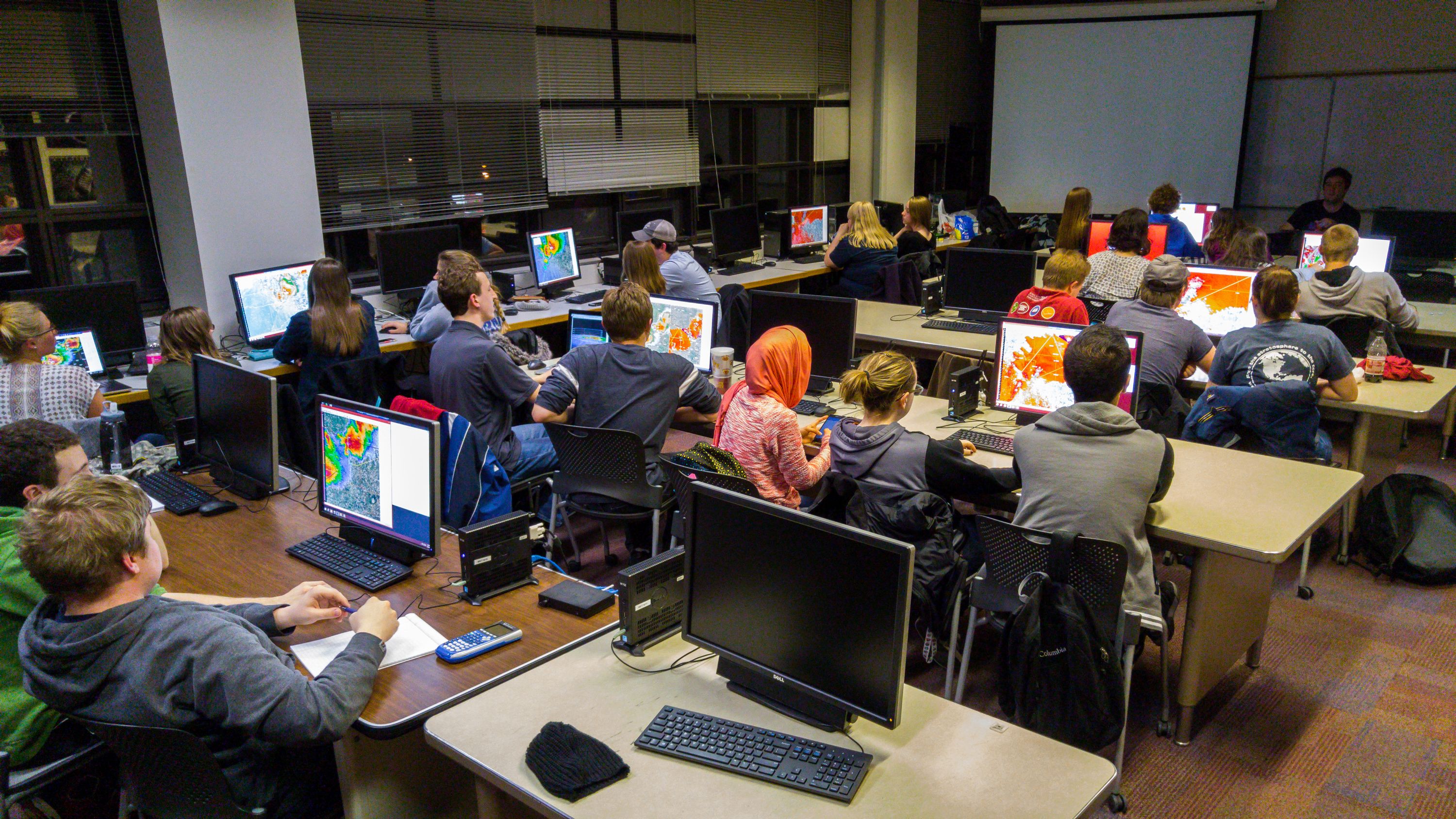