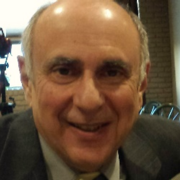 A member of the American Meteorological Society (AMS) since 1970, Bruce has been active in local AMS chapters in Omaha (where he served as president for two years), Dayton, and St. Louis.  He chaired the AMS Weather Analysis and Forecast Committee from 2012 - 2014, chaired the AMS Board for Operational Government Meteorologists, and was a member of the AMS Local Chapter Affairs Committee and the AMS Board for Enterprise Planning.  He served three-year terms on the NWA Awards Committee and Membership and Marketing Committee.  In October 2014, the AMS Council selected him to serve as the incoming commissioner for the Scientific and Technological Activities Commission (STAC), a term that began in January 2015.  He became the current STAC Commissioner in January 2017, and has been the past commissioner since January 2019.  He became the Secretary-Treasurer of the AMS in Jan 2021.

Bruce majored in mathematics at the University of Kentucky, then entered graduate school and earned an MS in meteorology from Cornell University in August 1972.  He began Air Force active duty in 1972 and spent his initial assignment of 7 years at Air Force Global Weather Central (AFGWC).  Initially, he worked as a computer operations manager, but after a year, obtained an assignment into the weather forecasting division.  For the next three years, he wrote centralized terminal forecasts for 103 locations across the U.S., issuing a total of nearly 30,000 individual weather predictions.  Later, he advanced to become an assistant team chief, and eventually, as a team chief, he directed the efforts of 32 weather forecasters.  He was then reassigned to the Air Force ROTC program and spent four years as an Assistant Professor of Aerospace Studies at the University of Nebraska at Omaha.  His next destination was Air Command and Staff College, Maxwell AFB, Alabama.  Subsequently, he served three years as the Weather Detachment Commander at Plattsburgh AFB, New York.  In July 1987, he was reassigned to HQ Seventh Weather Wing, Scott AFB, Illinois, where he served as the Weather Liaison Officer to HQ Air Force Communications Command and then as the Wing Commander’s on-scene representative in HQ Military Airlift Command.  In August 1990, three weeks after the Iraqi occupation of Kuwait, he reported to Izmir, Turkey where he served as the Director of Meteorology and Oceanography for NATO's Sixth Allied Tactical Air Force.  He was responsible for weather support to the Allied Command Europe Mobile Force deployment of Italian, Belgian, and German fighter squadrons into Turkey for defensive purposes during the Gulf War.  Upon leaving Izmir, he headed to Wright-Patterson AFB, Ohio, and served as Deputy Directory of Weather for Air Force Materiel Command.

He retired from active duty as a lieutenant colonel in 1993 and began working at AFGWC as a civil servant.  Initially, he spent 19 months as a Chief Forecaster in the Meteorological Products Branch.  He served as the Technology Exploitation Branch Chief for 10 years and directed the development of the Interactive Grid Analysis and Display System – IGrADS.  He retired in Dec 2020, closing out his 48-years of service with the USAF as the chief requirements meteorologist for the 557th Weather Wing.

He served as the primary night shift meteorologist during Steve Fossett's three around-the-world balloon flight attempts in 1996, 1997, and 1998.  He conducted critical analyses of northern hemisphere circulation patterns in preparations for these flights.  He also performed precedent-setting work in developing techniques for avoiding unfriendly countries during Fossett’s 1997 flight.  Then, in Feb 2000, he was a meteorologist for Kevin Uliassi’s around-the-world balloon attempt that went from Illinois to Burma.  In addition to ACSC, he is a graduate of Air War College, Squadron Officer School, the Air Force Academic Instructor School, Introduction to Acquisition Management, and the NATO Officer Orientation Course.  His military decorations include the Defense Meritorious Service Medal, the Meritorious Service Medal with three oak leaf clusters, the Air Force Commendation Medal, the Air Force Achievement Medal, and the Southwest Asia Campaign Medal.  He is married to Connie, retired from 26 years of service as the Omaha Public Schools Risk/Safety Manager, and resides in Bellevue, Nebraska.  His children are Brad, an attorney in Nashville, and Jennifer, a realtor and leader in the Slow Food Movement in California.  He has two grandsons, Henry and Gus, and a granddaughter, Abigail, in Nashville, TN.  He and Connie are legal guardians of her grandson, Elijah Theulen.