Climate Change is among the most pressing issues facing the world today. 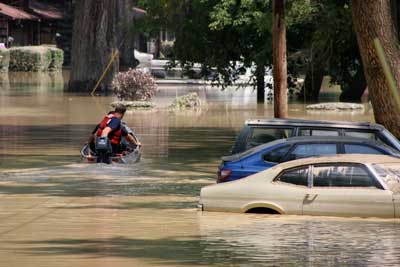 Humans are causing climate to change and it poses numerous serious risks. The more carbon we emit, the higher the carbon dioxide concentrations in the atmosphere will be and the larger the changes in climate we'll face. Based on our current path, a child who is born today would, at age 30, breath air with roughly twice as much carbon dioxide as her great, great grandparents. And yet, we do not know how much carbon we can emit safely and we cannot know in advance when human-caused climate changes will lead to catastrophic societal consequences. We do know that we are seeing some of these consequences today, including increases in global temperatures, melting ice caps, and rising global sea levels. 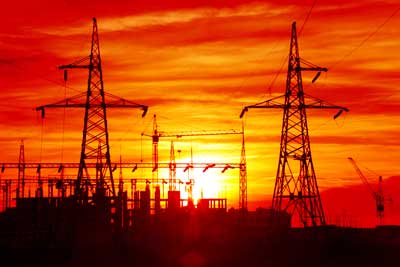 These are conclusions based on multiple independent lines of evidence that have been gathered over decades of intensive scientific research. They are affirmed, and reaffirmed by numerous leading scientific institutions around the world, including AMS.

For example, the official AMS statement on Climate Change, reads in part, “Warming of the climate system now is unequivocal, according to many different kinds of evidence.” It goes on to say, “It is clear from extensive scientific evidence that the dominant cause of the rapid change in climate of the past half century is human-induced increases in the amount of atmospheric greenhouse gases …”

Similar conclusions have been reached by the U.S. National Academy of Sciences, the National Academies of more than 30 other countries, other scientific societies, including AGU and AAAS. We know of no scientific institution with relevant subject matter expertise that disagrees with these basic conclusions.

State of the Climate
This annual report, compiled by NOAA and published by AMS, provides peer-reviewed research on global climate.

ClimatePolicy.org Website
You can quickly learn the basics about climate change and climate policy or take a deeper dive in the subject. You can also read commentary on the climatepoliyc.org blog and contribute to the discussion.

BAMS Article; May 2016
“Climate Matters: A Comprehensive Educational Resource Program for Broadcast Meteorologists.”
A new national program features broadcast meteorologists who are educating their viewers about the science behind climate change.

BAMS Article; August 2016
“Most Americans Want to Learn More about Climate Change.”
Research shows that the public is increasingly eager for climate change information. This BAMS article shows how AMS members can play an important leadership role in educational outreach on climate change.