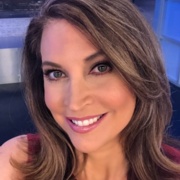 “Weather has been my passion since childhood when my grandfather took me flying in a small plane. After seeing my first tornado, I was hooked for life and I simply can’t imagine doing anything else”.

Former Chief Meteorologist at WCAU Philadelphia. Prior to that Tammie spent 16 years working in Chicago at both WMAQ and WFLD. She was also the first female Chief Meteorologist in Tampa/St. Petersburg, Florida while at WTSP. Early in her career she worked at WDJT in Milwaukee, Wisconsin, and KHSL in Chico, California.

As a certified meteorologist Tammie is one of a handful of women nationwide that holds both the prestigious AMS/CBM Certified Broadcast Meteorology Seal of Approval awarded by the American Meteorological Society, and the NWA Seal of Approval from the National Weather Association. Both seals represent the completion of rigorous educational requirements in atmospheric science and the highest level of competency in communicating complex weather, water and climate information.

In 2010 Tammie was chosen as the first female chairman of the National AMS Board of Broadcast Meteorology and has served on National Boards for both the AMS and the NWA. She is also an evaluator for AMS/CBM and NWA Seal applicants.

She has been honored with 18 Emmy nominations and nine Emmy awards for Best Weathercast, Best TV Science Report, TV Feature Reports and a series of Web reports. She also has a first place award from the Associated Press on Shipwreck Diving, done underwater on a 125 year-old shipwreck in Lake Michigan.

Tammie’s husband Greg is a high school teacher and they have son Caleb. When Caleb was eight years old he was diagnosed with a life threatening brain tumor. His story was documented in a 3-part series on NBC10. Now the entire family has become very involved in pediatric cancer awareness and the need for more research and fundraising. By the way, Caleb is doing great!

Keeping neighbors and viewers safe and prepared for the weather at all times is Tammie’s goal. Whether it is a gentle reminder for sunscreen on a summer day, timing rain for the evening commute, thrilling kids with a possible snow day or keeping everyone ahead of severe weather. She is also focused on informing the public about Climate Change and its current and future effects where they live.