As AMS celebrates its 100th anniversary and looks forward to its second century, you will see many indications of how the elected leadership and hundreds of volunteers are transforming the Society not only to meet current and future challenges, but also to expand its role as a vibrant home for those in the weather, water, and climate community. One immediate change that will allow us to achieve this vision is a new dues structure for full Members that was approved by the AMS Council (the elected governance of the Society) at their summer meeting. The dues for Associate and Student Members are not affected by the new tiers. This tiered structure was implemented in 2019, and will continue in 2022.

Dues are a critically important source of revenue that allows the Society to offer programs for members, but it is important to ensure that dues are not so high as to be an impediment to participation. Accordingly, the new structure will set each member’s dues based on that member’s annual income. This approach will be more equitable and inclusive and will reduce membership barriers for many individuals in our community. We know that some early career and retired members, in particular, have found the previous “one size fits all” dues (which were $111 in 2019) to be a financial challenge, despite the value that membership brings to them professionally and personally. After careful consideration, the Council has set the new structure for full Members as follows:

Those in higher income brackets are being asked to pay higher dues than they did previously, while those in lower brackets will see lower dues. We hope those whose dues go up will accept this increase, understanding that they are helping those earning less, such as early career and retired members, to fully participate in and contribute to AMS programs and take advantage of AMS benefits—thus allowing them to be an integral part of the AMS family.

It is important to note that we are asking members to voluntarily choose the dues tier that most closely matches their annual income at the time they renew each year (or for new members when they join). No information about which tier a member has selected will be accessible beyond the staff processing the dues, and the information will not be released or used for any other purpose.

For those who are contractually obligated to not disclose an income range,  the default rate will be $180.

We envision that this new structure will not only be more equitable but will also help to broaden AMS membership—attracting many who would have joined earlier if not for the barrier of the dues and retaining those who have retired but would like to continue participating in AMS initiatives. (Note that those who have been members for over 25 years and have attained the age of 70 will continue to be relieved of paying dues if they so request.)

With several new and expanded services rolling out in the coming year (more on these in future columns), AMS membership is a greater value than ever before, and this new dues structure brings it within reach of everyone in the community, better preparing us for our collective future. 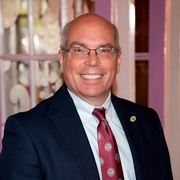