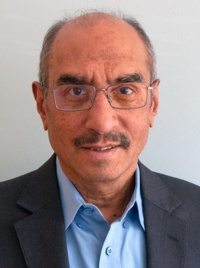 For more than a century, the American Meteorological Society has been a pioneer in advancing the atmospheric and related sciences. As our science and society evolve, it is imperative that we address several critical issues such as: enhancing diversity, equity, inclusion, and broadening participation; fostering a culture of open and reproducible science by the promotion of open access, open data and open tools; being intentional in advancing Earth Systems Science education.

While AMS has a strong commitment to DEI in all aspects of its mission, much more can and should be done to improve the situation surrounding the dearth of underrepresented populations in our field. We need to be more intentional about broadening participation in our science through proactive outreach to, engagement of, and partnership with Minority Serving Institutions, including HBCUs, as well as societies and consortia like SACNAS and AIHEC.

Open science benefits AMS in many ways, including democratizing access to research, accelerating the pace of discovery, increasing collaboration, and enhancing quality and reproducibility of scientific results. Focusing on and bringing greater urgency to FAIR (findable, accessible, interoperable, and reusable) principles is critical to advancing the AMS mission.

The move to addressing climate change as an Earth Systems Science (ESS) grand challenge has been underway for more than three decades. The 2014 AMS policy statement and the recent National Academies of Sciences, Engineering, and Medicine report have articulated the benefits of integrating ESS as a major component of Science, Technology, Engineering and Mathematics (STEM) education and workforce development. Enhancing opportunities for training the next generation STEM workforce through short courses and workshops at AMS conferences would be a worthwhile endeavor.

If elected, it will be an honor and a privilege to work with the other Councilors, AMS leadership, and the membership to address these and other emerging issues within the Society.

Mohan Ramamurthy is the Director of Unidata, a cornerstone data facility funded by the National Science Foundation, as well as the Director of Earth Observations and Data Services Center within UCAR (University Corporation for Atmospheric Research) Community Programs. Unidata provides data services, tools, and cyberinfrastructure leadership that advance the Earth systems science and broaden participation in education and research.

Before joining UCAR, Ramamurthy served on the faculty in the Department of Atmospheric Sciences at the University of Illinois at Urbana-Champaign for nearly 17 years.

Ramamurthy holds a bachelor’s and master’s degrees in Physics from University of Pune in India and a Ph. D. in Meteorology from the University of Oklahoma. Ramamurthy conducted his Post-doctoral research at Florida State University.

He has conducted research on topics in meteorology, data science, and cyberinfrastructure, including data analysis, assimilation, numerical weather prediction, and process studies on atmospheric phenomena such as snow bands and fronts, and mesoscale gravity waves. He has served as a Principal Investigator or Co-Principal Investigator on 50+ grants and has received about $110M in funding from federal agencies in support of his projects and programs.

He has published over 60 peer-reviewed papers on topics in atmospheric sciences, cyberinfrastructure, computer-mediated education, and data science. Ramamurthy pioneered the use of the then emergent World Wide Web (and its precursor, Gopher) for the dissemination of weather information in early 1990. His team at the University of Illinois was among the world’s first sites on the Internet to provide real-time weather information to the world.

Ramamurthy has served on or chaired many AMS Committees and Boards, spearheaded the writing of AMS statements, and has served as Program Chair at AMS, AGU, and EGU Conferences. He has also been invited to serve on numerous national and international committees. He is a Fellow of the AMS.