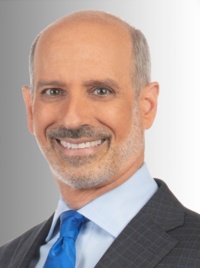 If you are reading this, then I applaud you: reviewing the candidates’ biographies and statements shows that you care about your Society. Like you, I have great admiration for the AMS and all it represents. We are members of the world’s preeminent professional meteorological organization, and I consider it a very high honor to be nominated for Councilor.

My career has paralleled the great communication explosion that has so advanced our field, and communication is one of my highest priorities if elected. The AMS has already taken great steps to improve communication with its members…the AMS Community Forum is a great example. But communication is more than just reaching out to your members, and I consider this the Society’s greatest challenge. In this age of social media, there is a tremendous amount of noise out there. Misinformation. Fake News. Advocacy instead of facts. I want the AMS to be a pure, trusted national voice for our science. We need to better disseminate our policy statements, and find ways to better communicate the Society’s position on climate change. I will advocate for this as a Councilor.

As an amateur historian, I cherished meeting some of the giants in our field from my earliest days attending AMS conferences, which has given me the privilege of bridging the past with the present, and now the future as I develop close, special relationships with younger colleagues early in their careers.

I greatly appreciate your taking the time to read all of the candidate biographies and statements. Whoever you vote for, know this: I am grateful that you care, and that those elected will work tirelessly as caretakers of this great Society.

Paul Gross has worked as a broadcast meteorologist at WDIV-TV, Detroit’s NBC affiliated television station, since 1983. In addition to his normal TV station meteorological duties, Paul began adding science and environmental material to his weathercasts and newscasts early in his career, helped changed the paradigm from “just” broadcast meteorologist to “station scientist,” and mentored many colleagues through his seven- year chairmanship of and subsequent work on the AMS Committee on the Station Scientist.

One of Paul’s strengths is recognizing a problem and developing logical steps to either correct or improve the situation. Case in point: in the late 1990s at a meeting of the Michigan Committee for Severe Weather Awareness, somebody mentioned that there was nothing in state law requiring public schools to conduct annual tornado safety drills. Then, at the committee’s next meeting, somebody showed Paul a recent newspaper clipping about a high school in the state that mistook a tornado warning for a fire alarm and sent its students outside. Paul immediately contacted a state legislator, who confirmed the omission in state law and introduced the “Gross Weather Bill.” Paul testified before the State House and Senate Education Committees about the tornado threat in Michigan, and he joined then-Governor John Engler as his bill requiring public schools to conduct tornado safety drills was signed into law.

Paul is recognized as one of the nation’s leaders in communicating the scientific facts about global warming, and gives many lectures about the subject.

As a Certified Consulting Meteorologist, Paul has worked on well over 2500 weather-related lawsuits, and testified in nearly four dozen trials.