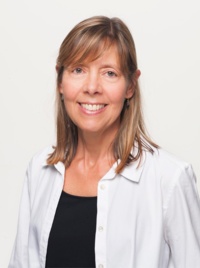 It is difficult to compose a statement describing plans for the future during this COVID-19 pandemic. A gradual return to “normal” is likely to lead to quite a new type of normal. We may have tighter budgets, greatly restricted travel, and virtual meetings for some time. We are however a technologically savvy group, and I’m certain the AMS can weather these changes and thrive. If elected to the council, I’ll be excited to work within AMS leadership to help guide the society onto a new and vibrant path.

One growing urgent issue for AMS-related research is the increasing amounts of commercially- sourced environmental data, which poses a set of both opportunities and challenges. The depth and duration of the economic downturn is difficult to forecast, and many companies are struggling with necessary work slowdowns. Government funding for data acquisition and research seems unlikely to increase. Key issues for AMS-related research involve creating and maintaining stable and quality-controlled data archives. The AMS with its diverse membership across academic, government, and private sectors could provide valuable guidance for public- private data creation and archiving agreements that will also support the needs of ongoing and future scientific work.

Through the pandemic, most of the work of AMS members remains essential and/or has continued unabated outside the office. “Weather, water, and climate” will certainly remain central to serving society’s needs in the foreseeable future. To help ensure a vibrant future for the AMS, it is vital that our early career members feel welcomed and encouraged to assist in planning for the next phase of AMS. I will seek to support the council in actively confronting the concerns of our early-career members, engaging these members as fully as possible, and actively embracing their ideas for solutions and new pathways that will sustain their future work.

Joan Alexander is Senior Research Scientist, Vice President, and Director at the NorthWest Research Associates (NWRA) Boulder Office where she has worked since 1998. She holds a simultaneous Adjoint Professor appointment at the University of Colorado, Atmosphere and Ocean Sciences where she advises students in their research. Directly after completing her PhD she held a Postdoctoral Faculty position at the University of Washington (UW) Atmospheric Sciences and became Research Assistant Professor at UW from 1994-1998, a time when she also taught courses in Dynamic Meteorology. After joining NWRA in 1998, she retained an affiliate faculty appointment at UW until 2011.

Joan has participated in ten aircraft and ballooning measurement field campaigns, and served on two NASA satellite science teams. Among other activities, she served as Co-Chair of the Scientific Steering Group for the Stratosphere-Troposphere Processes and their Role in Climate (SPARC) project of the World Climate Research Programme (WCRP), and has served as President of the Atmospheric Sciences Section of the American Geophysical Union (AGU). She also served as a member of the National Research Council's (NRC) Board on Atmospheric Sciences and Climate, and on other committees and special projects for the AMS, NRC, AGU, WCRP, SCOSTEP, and IAMAS. She was elected Fellow of the AMS in 2006, and became Fellow of the AGU in 2017.

In addition to her US-government funded research at NWRA, Joan has led a variety of international projects. She co-led the WCRP/SPARC Gravity Wave Initiative from 2008-2020, and led a review paper published by this international group. She co-organized two international Symposia in 2011 and 2016 on gravity wave effects relevant to climate prediction and weather forecasting. She has also led three different International Space Science Institute (ISSI) teams that won support for a set of workshops at ISSI in Bern, Switzerland related to gravity wave processes in high-resolution models, analysis systems, and observations.