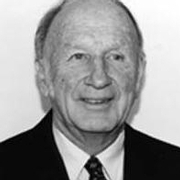 (Prior to January 2013, The Teaching Excellence Award.)

The Edward N. Lorenz Teaching Excellence Award is to be given annually to an individual in recognition of sustained outstanding teaching and mentoring at the undergraduate and/or graduate or post-doctoral levels and the impact this individual has had on students. The Lorenz Award differs from the Simpson Award in that the Lorenz Award is primarily concerned with academics in a college or university setting, while the Simpson Award is concerned with mentoring outside of a traditional academic setting, primarily by non-academics. The Anderson Award emphasizes efforts on behalf of underserved populations, including activities outside of the traditional classroom or college or university setting.