Solvable: How Environmental Success Gives Hope for The Planet

Humans have faced a series of national and global environmental challenges in the past half-century, including smog, acid rain, ozone depletion, lead in gas and paint, pesticides and much more. This talk reveals how combinations of science, public policy, industry participation, and the engagement of citizens succeeded in addressing two past environmental challenges. Finally, I probe how the lessons learned help us understand how to better manage today’s most pressing environmental problem, climate change.

Susan Solomon has been a Professor at the Massachusetts Institute of Technology since 2012, and was the Founding Director of the MIT Environmental Solutions Initiative.   Prior to that, she was a scientist at NOAA in Boulder, Colorado and an adjunct professor at the University of Colorado from 1982-2011. She is well known for pioneering work that explained why there is a hole in the Antarctic ozone layer.   She is also the author of several influential scientific papers in climate science, including the understanding of how the ozone hole influences southern hemisphere climate.  She received the 1999 US National Medal of Science (highest scientific award in the US), as well as the Grande Medaille (highest award of the French Academy of Sciences), the Blue Planet Prize in Japan, the BBVA Frontiers of Knowledge Award, the Volvo Environment Prize, and the Crafoord Prize of the Swedish Academy of Sciences.   She is a member of the National Academy of Sciences, the French Academy of Sciences, the Pontifical Academy of Sciences, and the Royal Society in the UK. Time magazine named Solomon as one of the 100 most influential people in the world in 2008.  A glacier in Antarctica has been named after her, Solomon Glacier. 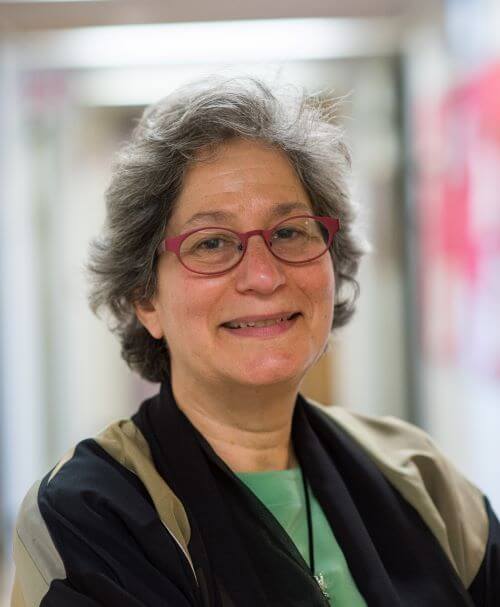 2021 - The lecture was given by Dr. Margaret Leinen, who discussed some of the interrelationships between the ocean, weather and climate and how ocean observing systems are contributing to our knowledge of all three.

2020 - The lecture was given by Holden Thorp, Editor-in-Chief of the Science family of journals on Monday, 26 October. It was titled “Curating a Robust Scientific Record in a Challenging World."

2019 - The lecturer was Dr. William Easterling, Director of the Geosciences Division of NSF, who covered aspects of transformational adaptation to climate change. It was held on Tuesday, 26 March 2019 at the NOAA Auditorium of the Herbert Hoover Building, 1401 Constitution Avenue, Northwest, Washington, D.C.

2018 – The Lecture "Science in a Post-Truth World" was delivered by Dr. Jane Lubchenco, Distinguished University Professor and Marine Studies Advisor to the President, Oregon State University, and former NOAA Administrator (2009–2013) This marks the third lecture that honors the memory of Dr. Mahoney. It was held on Monday, 23 April 2018 at the American Association For The Advancement Of Science (AAAS) Auditorium, 1200 New York Avenue, NW, Washington, DC. Watch Dr. Jane Lubchenco's Lecture | Watch All Speakers

The Annual James R. Mahoney Memorial Lecture was established in 2016 in memory of Dr.  James (Jim) Richard Mahoney who passed away in September 2015. The Annual Lecture, which takes place in Washington D.C., has been initiated by a group of his former colleagues and will be conducted in cooperation with the American Meteorological Society (AMS) and the National Oceanic and Atmospheric Administration (NOAA), two organizations pivotal to Jim’s professional career. The Annual Lecture will honor Jim’s memory in perpetuity by featuring an annual lecture by a distinguished speaker on a relevant environmental science and/or policy issue of the day.

Dr. Mahoney was a former Assistant Secretary of Commerce for Oceans and Atmosphere/Deputy Administrator of the National Oceanic and Atmospheric Administration. In that position, he directed the 13-agency U.S. Climate Change Science Program. Throughout his career, Dr. Mahoney advised on earth and environmental science issues at the forefront of global climate change and the environment generally in the United States and around the world. He served as Chairman of the Roundtable on Climate Change Education for the National Academy of Sciences.

Earlier, Dr. Mahoney was director of the National Acid Precipitation Assessment Program, working in the Executive Office of the President. He co-founded the firm of Environmental Research & Technology, Inc. in 1968, one of the country’s earliest firms devoted to environmental management and technology. From 1966 to 1974 he served on the faculty of Harvard University’s School of Public Health.

Dr. Mahoney was a Fellow and former President of the 13,000-member American Meteorological Society and he served on several committees of the National Academy of Sciences dealing with weather and climate, environmental protection and science education.

Dr. Mahoney received his BS degree in Physics from LeMoyne College and his Ph.D in Meteorology from the Massachusetts Institute of Technology (MIT).