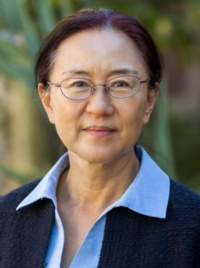 When I started my career decades ago, my research was purely an academic endeavor. Today, living in the American West, I, along with millions of Americas who call this region home, have experienced impacts of depleted snowpacks, record low reservoirs, widespread heatwaves, and unprecedented wildfires on our environment and society.  As a drought researcher, I had a chance to work alongside of water resource and emergency managers.  They showed me how limited and imperfect climate information can be used to bring tangible benefit to stakeholders and have inspired me to explore new science questions. Together, we developed a seasonal precipitation prediction system, which has been helping water resource managers and stakeholders for drought preparation.  This collaboration has been transformative and deeply rewarding.

We are at a critical crossroad where the decisions made on climate, environment, economy, and social justice will determine future of the Earth and our society for generations to come.  The multifaceted challenges caused by increasingly intense weather and climate extremes and their compound effects must be addressed by close collaborations between academic, government and private sectors. Many partnerships have been established between academic, government and private sectors in recent years.  More students pursue careers in our field because they want to be part of the solutions for society, especially for their communities.  As its members span from academic, government to private sectors, AMS is uniquely positioned to bring these sectors together, enable more collaborations and partnerships across different sectors.

It is a great honor to be nominated for consideration to serve on the AMS Council.  If elected, I will enthusiastically advocate for cross-sector networking and collaborations, especially for early career members, to broaden their career opportunities and to place AMS at the forefront of the science-for-solutions effort to address climate change impacts.

Rong Fu currently serves as the director of the Joint Institute for Earth System Science and Engineering, and a professor in the Department of Atmospheric Sciences, at the University of California, Los Angeles (UCLA).  As the director, she is leading the collaboration between University of California and National Aeronautics and Space Administration (NASA) Jet Propulsion Laboratory (JPL) for building the California Climate Information System, a major effort funded by California and led by JPL to modernize the climate information for enhancing the resilience of the state to climate change impacts, especially to droughts and wildfires.  She is a co-lead of the National Oceanic and Atmospheric Administration (NOAA) Drought Task Force Phase IV, a member of the NOAA Science Advisory Board Climate Working Group, and of the Review team on NOAA “Precipitation Prediction: Grand Challenge Strategic Plan” and the “Report to Congress: Subseasonal and Seasonal Forecasting Innovation: Plans for the Twenty-first Century”.  She is a member of the AMS Fellow Committee, the chair of the Hydrosphere and Atmosphere Section of the American Association for Advancement of Science (AAAS), and a member of the selection committee of the American Geophysical Union (AGU) Joanne Simpson Medal for Mid-Career Scientist.  She was formerly President of the Global Environmental Change Section (GEC) of the AGU, an AGU Council Member and Council Leadership Team.  In general, Fu’s career is centered on research of the precipitation-rainforest interaction over Amazonia and Congo, land-atmospheric interaction and mechanisms behind drought predictability over the western and central United States.  She received her BS from Peking University in China in 1984 and PhD from Columbia University in New York in 1991. She is Fellow of the AMS, AGU and AAAS, respectively, and a recipient of the AMS Award for Outstanding Achievement In Biometeorology.