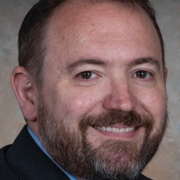 AMS thrives upon member volunteerism and their emphasis on servant leadership. Everyone can share a personal story of how their involvement in a local, university, or national AMS effort impacted their career evolution. These stories feature mentoring, scientific collaborations, and valuable, long-lasting personal and professional relationships. Generations of AMS members sustain this culture: advocates for the Student Conference watch as their former participants celebrate achievements of their own recent graduates. Many of those graduates, in turn, developed new Early Career Conference and Leadership Academy opportunities. In greater numbers still, those who fretted over their first abstracts lead today’s technical conferences and Annual Meetings to keep them fresh and aligned with evolving community interests. Together, we sustain and expand our platform for addressing new and challenging problems.

Sustaining and improving the culture of AMS is an overarching, primary challenge for continued success. Meeting that challenge requires equitable and inclusive participation. AMS has championed the inclusion of underrepresented groups through partnerships with academia, industry, and government, through boards, committees, emphasis groups, and partnering on studies examining barriers to participation. Inequalities remain, and AMS must continually identify and resolve both structural and societal issues preventing full participation. Our global pandemic forced changes in how we interact, some likely to persist in the years ahead. This transition to “hybrid” virtual and in-person engagements will never replace the experiences of a traditional in-person meeting. Still, virtual activities may reduce barriers such as cost, travel, and impacts to work–life balance. Done well, they can increase access to AMS programming, recruitment, mentoring, and outreach opportunities for its boards, committees, and conferences. With this servant leadership mindset, I perceive it the Council’s role to focus on stewardship of the Society while ensuring it remains accessible to and representative of all elements of the weather enterprise.

Dr. Andrew Molthan is the deputy branch chief for the Earth Science Branch at NASA’s Marshall Space Flight Center in Huntsville, Alabama. His personal pronouns are he/him, and his.  He received his B.S. and M.S. degrees in meteorology–climatology from the University of Nebraska Lincoln in 2003 and 2005, respectively, and his Ph.D. in atmospheric science from the University of Alabama Huntsville (UAH) in 2009.

Since 2009, Andrew has (co-)authored articles and presentations on a broad range of numerical weather prediction and applied remote sensing topics. Many articles represent collaborations with mentored NASA interns, or M.S. and Ph.D. candidates advised in an adjunct faculty member role through UAH. He has received numerous awards from NASA, including its Equal Opportunity Employment Medal and Exceptional Service Medal, the Presidential Early Career Award for Scientists and Engineers, and numerous Group Achievement Awards highlighting leadership, mentoring, and collaboration.