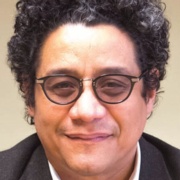 One of the major challenges our society is currently facing is early consequences of climate change manifested in extreme weather events acting on infrastructure, people, and ecosystems, with often catastrophic outcomes. The increasing frequency of recurrence and intensity of these events, particularly in coastal communities, is stretching our capacity to recover and expanding the social gaps of the most vulnerable populations. This scenario presents itself urgently for science to understand better the tipping points from weather- and climate-related disasters by accelerating our long-term anticipative science with spatial and temporal precision. Further scientific advances are needed to better predict the possible consequences to critical infrastructure and on vulnerable communities in the mid- and short range. This new science needs to be accompanied by education and outreach to vulnerable communities to elevate their understanding of risks and to policymakers for targeting investments that could mitigate the consequences before it is too late for specific at-risk communities.

As a member of the AMS Council, I will advocate for focusing AMS organizational efforts on advancing our knowledge and education of extreme weather events and societal consequences holistically via the physical sciences, using climate analysis, geophysical modeling, and advanced observations to motivate relevant field studies for furthering the fundamental science of extreme weather and climate processes. This advocacy on focus science will be complemented by bridging across disciplines: between the engineering of infrastructure and weather hazards; between both social equity and vulnerability and weather hazards; and within the science of communicating risks in the short and long terms to wider audiences. A particular personal interest is to motivate these discussions, studies, and action items in coastal urban environments.

Professor Jorge E. González is the director of The CCNY Initiative to Promote Academic Success in STEM (CiPASS), lead scientist of the Coastal-Urban Environmental Research Group (CUERG), and The City College of New York Presidential Professor of Mechanical Engineering at the City College of New York (CCNY). Prof. González earned his Doctorate (1994) and Bachelor (1988) degrees in mechanical engineering from the Georgia Institute of Technology and the University of Puerto Rico-Mayagüez, respectively. He joined the CCNY faculty in 2008 after tenures at Santa Clara University, California, as professor and David Packard Scholar, and as chairman and professor of mechanical engineering at the University of Puerto Rico-Mayagüez. He teaches and conducts research in urban energy sustainability, urban weather and climate, urban remote sensing, and regional climate modeling and analysis. Prof. González holds several patents in solar energy equipment, aerosol detection, and energy forecasting for buildings, and was recognized as a prominent young researcher by the National Science Foundation with a prestigious CAREER Award. He has authored or coauthored more than 100 peer-reviewed publications and delivered hundreds of conference presentations, and his research has attracted more than $40M in external funding. He is a Fellow Member of the American Society of Mechanical Engineering (ASME), and former vice-chairman of the American Meteorological Society Board on the Urban Environment. He was appointed in 2015 by the mayor as member of the Climate Change Panel for the City of New York, and more recently as senior visiting scientist of the Beijing Institute of Urban Meteorology and of Brookhaven National Laboratory. He is the coeditor of the ASME Handbook of Integrated and Sustainable Buildings Equipment and Systems, and was named in 2019 as the founding editor of the ASME Journal of Engineering for Sustainable Buildings and Cities.