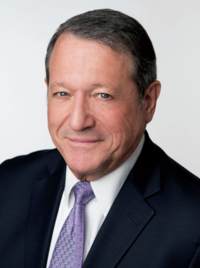 My entire professional career has been about accurately and strategically making the case for the role research plays in the health of our nation to influential audiences in and out of government. For over 35 years, I have invested in the development and maintenance of integrity-backed working relationships with public policy decision-makers as one of the tools to accomplish this objective. I have built and maintained those vital relationships without regard to political affiliation while in government and as a private-sector consultant. I also have direct experience with and expert knowledge of the executive and congressional budget and policy-development processes and how they impact the weather, water, and climate enterprise. For almost 17 years, I have focused on advocacy for the environmental sciences. I have led and partnered with many entities from the public, private, and higher-education sectors in efforts to educate and influence policymakers making decisions that impact the health of the environmental sciences. AMS has its own highly respected reputation among decision-makers. It has positioned itself as a thoughtful, nonpartisan, honest broker that provides valuable timely information to decision-makers. Service on the AMS Council would allow me to give back to the same community that has provided me many satisfying professional advocacy opportunities by assisting AMS to appropriately expand its thought leadership with key decision-makers consistent with the views of the AMS membership. These may be challenging times for the enterprise. But we are always living and working in ever-changing challenging times. Our enterprise is not static, nor is the world in which we live. Moreover, we are always on the verge of the next generation moving into the roles occupied by today’s leaders—in AMS, in government, and in industry. Turnover in the Congress (members and staff) has increased significantly over the last 20 years. Administration decision-makers turn over as administrations come and go, with most appointees rarely staying the entire four to eight years of any administration. As a result, a strategic public-policy strategy accompanied by the continuous development, renewal, and maintenance of integrity-backed working relationships with today’s and tomorrow’s decision-makers must be vital objectives of AMS if its visibility and influence is to endure. I believe I have the experience and acumen to assist AMS in this critical function.

Joel Widder, co-founder and partner at Federal Science Partners, has been a government relations consultant to universities, scientific societies and associations, and related institutions since 2002. Together with his business partner, Ms. Meg Thompson, they formed Federal Science Partners (FSP) in 2014. Today, FSP represents a variety of institutions from the academic and private sector with public policy interests in the research and education enterprise, with particular focus on the geosciences and related environmental disciplines. Before his work in the consulting field, Mr. Widder was a senior executive at the National Science Foundation, where he served as the acting director and deputy director for the Office of Legislative and Public Affairs. In this capacity he was responsible for the development and execution of the NSF’s strategy and participation in all phases of the congressional budget and legislative oversight processes. Mr. Widder worked directly with the NSF director, the chair and members of the National Science Board, NSF’s assistant directors ,and other senior NSF staff, as well as policy- and decision-makers at other relevant federal agencies. Mr. Widder’s 20-year career at NSF focused on building and maintaining the Foundation’s integrity-backed working relationships with Congress, the Executive Office of the President, relevant federal agencies, and the external science and engineering research and education community. Mr. Widder also served for two years (2000–02) on detail to the Senate Appropriations Committee’s former Subcommittee on Veterans Affairs, Housing and Urban Development, and Independent Agencies, where he had professional staff responsibilities for issues related to research and education, space, and the environment. He was an original member of NOAA’s Environmental Information Services Working Group and has served previously on the AMS Weather & Climate Enterprise Commission’s Steering Committee. He serves on the Executive Committee of the Board on Oceans, Atmosphere, and Climate within the Association of Public and Land-Grant Universities. Mr. Widder has been a frequent invited speaker at the AMS Summer Policy Colloquium and he moderated the NOAA leadership panel at the 2019 AMS Washington Forum. Mr. Widder is originally from New York. A graduate of the University of Maryland, he attended graduate school at the SUNY College of Environmental Science and Forestry in Syracuse, New York. He has two grown children and lives in Silver Spring, Maryland with his wife, Elena Helen Widder.