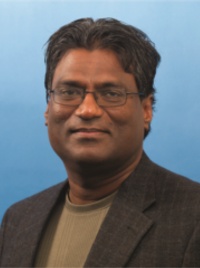 Although an engineer by training, during my 35-year academic career I have had the good fortune of immersing myself in and sometimes leading large projects in meteorology and oceanography while mentoring junior scientists and students. I have acquired expertise in observations, modeling and simulations covering many topics, from small-scale turbulence to planetary waves, acoustic to air pollution, and microscale modeling to climate downscaling. My project participation and committee services exposed me to diverse research, application, stakeholder and sponsor communities. It is with this backdrop that I express interest in becoming an AMS councilor, hoping for advocacy on grand challenges in earth system sciences of our time.

Over the past century, AMS has surpassed its original focus on conventional weather forecasting to one that embraces holistic weather enterprise, establishing guidance and directives on critical societal issues, for example, climate change and natural disasters. As an AMS councilor, I would emphasize growing areas such as microscale meteorology, environmental quality, human and ecosystem health, CBR defenses, and clean energy. These all fall within broad meteorological thrusts of the United Nations’ 2030 sustainability agenda - air pollution, climate information, climate change, and weather prediction. Additionally, AMS should support implementation of Weather Research and Forecasting Innovation Act (H.R. 353) designed to maintain US leadership of weather enterprise.

Promoting underlying science and engineering, big-data analytics, stewardship and lobbying for resources are all critical for keeping current with emerging technologies such as UAVs while helping push existing frontiers. I would strongly promote AMS’s international engagement, interfacing with relevant agencies, sponsors, NGOs and science communities. Opportunities abound in this arena, but careful coordination among key players is necessary.

Our future rests on intellectual, social and economic wellbeing of the next generation. Thus, K-grey STEM education, multidisciplinary training for tackling big science issues, diverse workforce, and safe and nurturing workplace are all crucial.

I would be honored to serve on the AMS council and infuse new perspectives to address these current overarching issues and develop a vision of excellence.

Harindra Joseph Fernando is the Wayne and Diana Murdy Endowed Professor of Engineering and Geosciences at the University of Notre Dame. Before joining Notre Dame in 2010, he was a professor and director of the Center for Environmental Fluid Dynamics at Arizona State University. As an academic, he embraced a diverse research portfolio that includes basic fluid dynamics, experimental methods, oceanography, atmospheric physics, urban meteorology, mountain meteorology, air pollution, fog, sustainability, environmental sciences and engineering, alternative energy sources, environmental acoustics, heat transfer, hydraulics, and fluids engineering. He has published more than 300 archival papers covering some 60 international journals as well as three monographs. As an educator, he has mentored 25 Ph.D. and 34 M.S. students and 25 post-doctoral fellows, while supervising more than 100 undergraduate research assistants. Fernando serves/served on numerous national and international committees, including those of AMS, AGU, APS, ASME, and IAHR. Among his appointments are the NSF Sumatra Tsunami Survey Team (2005), NSF Directors’ Advisory Committee for Environmental Research and Education (2012–16), Louisiana Coastal Area Science Board (2006–11) and California Delta Independent Science Board (2012–22). He attended the University of Sri Lanka (B.S.) and the Johns Hopkins University (M.A. and Ph.D.), and was a postdoctoral fellow at Caltech. He is a Fellow of AMS, ASME, APS, and AAAS. He was elected to the European Academy in 2009, and awarded Docteur Honoris Causa from the University of Grenoble, France, in 2014, and Doctor of Laws Honoris Causa from the University of Dundee, Scotland in 2016. He is the editor-in-chief of Environmental Fluid Dynamics, an editor of Theoretical and Computational Fluid Dynamics and Nonlinear Processes in Geophysics, and an associate editor of the Proceedings of the Royal Society (London). He was the lead principal investigator of many international land-based and oceanic field campaigns, including MATERHORN, MISO-BOB (atmospheric), ASIRIRAWI, C-FOG and Perdigão.