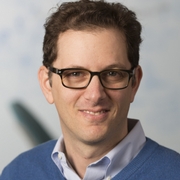 The AMS is a critically important institution for our field, unifying a diverse membership and continu­ally redefining what it means to be an atmospheric, oceanic, or hydrologic scientist. I began my career as a theoretically oriented academic meteorologist, but my interests have broadened to include applied research on extreme weather risk, scientific communication, and interaction with the private sector. I now appreciate the AMS even more than I did before, and I am honored by the invitation to serve on the Council in this time of rapid change.

We face a political scene in which issues related to our sci­ence are urgently important, yet polarization and dysfunction of­ten obscure the facts. We need to continually evaluate where AMS public statements or other outward-facing communications are needed, and how to make them effective. I believe that the AMS has a critical responsibility to speak on behalf of its membership about climate and weather issues that come before the public.

Though an academic myself, I believe strongly in the private sector’s importance in our field, and appreciate that the AMS ex­plicitly embraces the private sector. In some of my own recent work I have been collaborating with a number of colleagues in the insur­ance industry and have found this very stimulating. On the Council I would look for ways to strengthen interactions between the private sector, academia, and government.

Finally, I believe publications will remain a challenging area for the AMS. Everything about the scientific publishing industry continues to change rapidly, including pressures toward open access as well as technological and economic changes. I see no simple solutions, but am interested to engage on this issue.