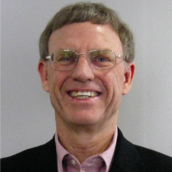 The AMS, as the professional society for atmospheric and related sciences, has a unique responsibility to its members and our nation to serve them well. Not only must it evolve to respond to our changing world and associated challenges, it should help lead the atmospheric science community in addressing these challenges. AMS leadership, with guidance from its members, should be farsighted, proactive, responsive, inclusive, and relevant. Some of the challenges facing the Society (and possible actions) that require such leadership include:

A common theme of my potential activities as AMS President would be to facilitate synergies and partnerships among all components of the atmospheric science community. It has been said (in a 2006 BAMS article) that the U.S. weather and climate enterprise is an “uncoordinated giant.” My overarching vision is that our community becomes a “coordinated giant,” serving our profession and society more effectively and efficiently than ever before. The AMS has played an important role in my own professional development, beginning with my joining as a student member in 1967 and being given a personal tour of AMS Headquarters by former Executive Director Ken Spengler. It is a great honor for me to be on this year’s ballot for AMS President and, if elected, I will put great energy and enthusiasm into helping the AMS become a more effective and forward-looking Society.